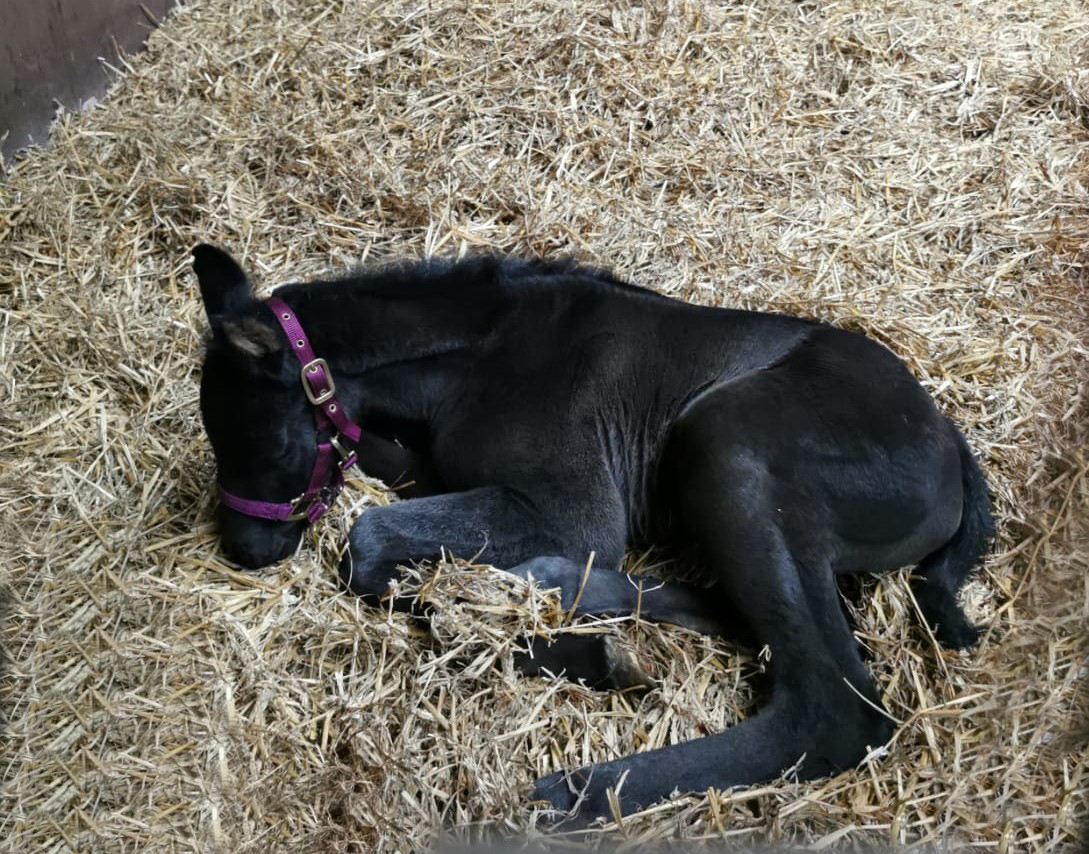 Foal by Imposantos x De Niro x Weltmeyer born! We are super happy to welcome the first foal 2022 in our stable. Deelayla by De Niro has given us a wonderful foal by Imposantos. It’s a filly and she is super noble, long legged and very agile. She has a top character and learns super fast. We are thrilled!
Imposantos’ foals have been in high demand since 2019. Not only in Holland he has already caused a sensation as a sire. So he could put the price tops at several foal auctions. At the “Special Edition” foal auction of the Oldenburg Verband in 2020, he provided an absolutely outstanding filly with “Imagination”.

is a radiant multi-champion from Holland. He has enamel, character and rideability. Wherever Imposantos performed, he caused a stir.
The list of his sporting achievements is long. Already as a foal he was the winner of the VSN Trophy. In 2018 and 2019 he won the Pavo Cup, the Dutch counterpart to the Bundeschampionat. He was victorious in the KWPN Stallion Competition three years in a row. In 2019, as a 6-year-old, he was placed in the final of the World Championships for young dressage horses in Ermelo. Last year he was KNHS Champion during the Dutch Dressage Championships and, considered a title contender. Imposantos was again nominated for the World Championships for young dressage horses.

was successful in sport herself. Due to injury she is used in breeding. Her foals exceed all expectations. Among them are highly placed foals at the German Foal Championships in Lienen. She has already produced top foals by Spörken, Livaldon, Bon Coeur, Dream Boy, Apache and Vitalis. Offspring of Spörken and Livaldon are already successful in sport. The two Dream Boy offspring will be used in sport this year.